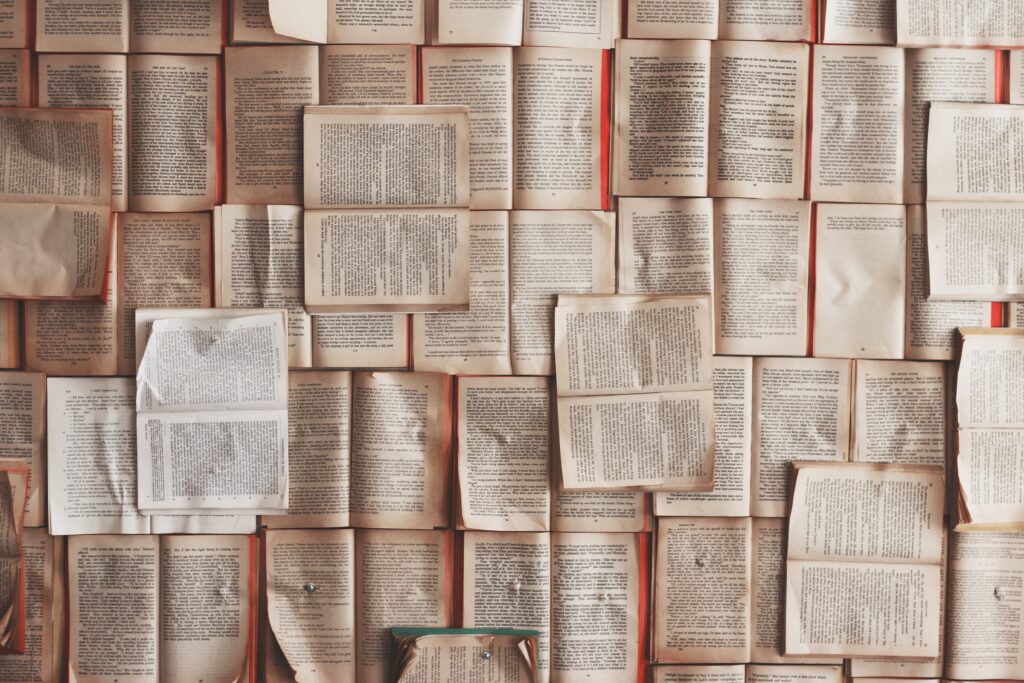 AW: Let’s talk about your new project. Women are very often the core motive of your stagings. As they are in this case, too. Tell me, is it determined by your masculine nature, admiration of female beauty, or maybe curiosity of differences between men’s and women’s worlds?

JJ: To strat by generalities. I think all arts primarily consist in searching for truth or beauty. That’s the objective I strive to achieve. Beauty as such may adopt various forms, naturalistic, dry, sometimes kitschy. Obviously, in these pursuits ugliness is frequently taken advantage of, in order to shock the viewer. But my impression is, it’s rather helpelessness or inability to generate beauty. I hope I manage to avoid it. For me, woman is beauty. But not only external beauty. The difference between men’s and women’s perception of life, is huge. The feminine world is especially close to mine; relations between the sexes is not what I have in mind, it’s the world of emotions, associated with feeling and perceiving what surrounds us. The world of women is much richer, more subtle, nuanced, certainly more complicated than men’s world, which is full of aggression, rivalry and attitudes often thoughtlessly confrontational. It’s some generalising, for each sex may demonstrate extreme patterns of behaviour, but in overall terms, the world of women is dominated by search for compromise, certain harmony, savouring the atmosphere, feeeling of love. I think that having collaborated with women for many years now, reaching deep into their ways of thinking and feeling, I did manage to enrich my own emotional world. The field of emotional explorations attracts me very strongly. I feel wonderful in this world! Thus by presenting a human, I look at him exactly through the woman’s perspective.

AW: Don’t you think that by concentrating on women, you are moving away from a certain unversal look on the impartial truth about humanity? For the Hellenic world was based on the cult of masculine body, as was ancient Rome as well, not to mention the Rennaissance era which is less distant from our times.

JJ: No, I don’t think so. I expect the way of thinking, interpersonal communicating, transmitting emotions, formulating expectations towards others, both in individual and collective aspects, to approach the feminine perception of the world. So I hope.

Such a socio-political change seems obviously advantageous, what is already apparent in countries of highly developed culture.

Body cult. It’s intensifying, we are now attacked from all around by images of young, healthy, beautiful bodies of both sexes on television, billboards and tabloids, images that have nothing to do with truth about humans. Those are only visual/computer „instant pictures” created for marketing purposes. Fortunately, artistic photography offers the option to „use” the body to show core truths that are known from the beginning of time, that in today’s constant pursuit of the instant, are often forgotten. For me, this core truth in most cases are woman’s body and soul, that join me in providing answers to fundamental questions and creating projects.

AW: I am puzzled by the name of your project – „Ego”. What is its meaning?

JJ: The exhibition is universal and even though its protagonists are only women, it does tell the truth about mankind. Ego is an estensive issue over which I have been thinking about for a very long time. It may be shortly called the „overwhelming me”. The vast majority of people talk and think only about themselves, what is logical in terms of biology, species development; it constitutes a certain mechanism that determines the feeling of safety, it’s a sort of autotherapy often recommended by psychologists. It also certifies an individual’s mental health. On the other hand, excessive ego may disintegrate personality in various ways, leading to destruction of specific individuals, and entire populations as well. It is the ego that says, „you may be the master of the world”. Examples are plentiful: Alexander the Great, Napoleon, Hitler, Stalin… Hence my feeling that all human problems are generated by excessive growth of ego in man, plus the lack of restraints – ethical, intellectual – that could stop the excessive growth of ego. The ego that is consciously and wisely controlled by individuals, may lead to successes of entire societies. The example of the areas of former Yugoslavia is heartening, where killings stopped thanks to the selfless intervention of international society.

Psychotherapists often say: „You must like, love yourself. Then you will be better for others, tolerant, you will know how to love, you will not feel lonely”. However, there is a boundary, a zone different for all, often unpredictable, dangerous… Yes, these were the thoughts that accompanied me and my models at creating the „Ego” project.

AW: Those are very distant, certainly interesting sentences, but let’s come back to the exhibition. On the photos we see various portraits of women, pictured in narrow shots, in large close-ups, as if you wished to look to the inside of a model. Representations in my opinion are very intimate, sensual, sometimes even erotic, displaying a full choice of expressions, moods. There is also a video film in which a woman plays a peculiar game – dialogue with her own reflection in the mirror. How can the title „Ego” be related to what the viewer may see directly on the exhibition?

JJ: The exhibition is about human self-centredness and loneliness. Everybody has an ego of his own, to which no-one else has access. To say more, man even blocks access to his ego, which he most often perceives tenderly. True, one may not like himself, the appearance for example, but everybody rather looks for positive features in himself. If it’s not the case, we are dealing with pathologic situations. By telling about the ego, I was trying to build up an air of privacy, intimacy, to show man in the relation me – me. Even on the photos that show groups, every individual is busy only with himself. To make it clear, I addressed the mirror motive as a metaphor of human soul, simultaneously demonstrating situations in which every one of us is present. Man looks at the mirror, or his own ego, and wonders about what he faced, what awaits him, despairs, smiles, talks to himself, looks at himself carefully. The man standing in front of the mirror does not have to act, does not have to pretend – he is what he really is. Since the very beginning I knew that the mirror as a „reflection of soul” may, or even must be the sole prop in this project.

While the film with sound, is an attempt to record such phenomenon in a continuous manner in a fully intimate situation.

AW: Your project borders on several domains, namely photography, video art and science – psychology. What mattered more to you: an attempt to assess, certify a certain human truth using photography, or perhaps the artistic values, building up an atmosphere with light, searching for a shape of previously mentioned beauty. As we look at the exhibition, in a way it’s very aesthetic, visually consistent.

JJ: Psychology was first, thoughts about the phenomenon, a certain problem that had kept me intrigued for a long time. Only later did the desire emerge to show it in a shape of which the aesthetic, visual aspect was important. Often one thinks in photographic terms first, only afterwards the intellectual factor is added. In this case, it was the reverse.

AW: Don’t you fear, don’t you sometimes have the feeling that by approaching the topic in that manner – expanding the content, attempting to show the hidden meaning, a certain truth about man, following science and psychology – may be fatal? That viewers, opinion, critics may begin considering you a moralist?

JJ: It’s not a pleasant prospect, so obviously I’m afraid, since I’m not willing to act as a teacher. I react negatively myself when I’m dealing with evaluating, instructing another person. On the exhibition I’m presenting my own vision of the problem associated with the ego, nevertheless I don’t want to evaluate or impose anything. Coming back to the topic of psychology and photography – it’s an important theme of my activities and I’m not intending to avoid it. It’s just that it attracts me. I’m interested in relevant, basic issues. My interests also include other matters nonetheless. My achievements include completely different stagings, dominated – for example – by light (exposition „Light”), rhythm, texture (exhibition „Prayers”) or issues of philosophy, concept of the sacred, and transcendentality (e.g. the exposition „Painted in Yiddish”). In these projects, there was no need to engage in psychology. Anyway, all the time I’m trying to develop the relationship with photography, the primeval joy and astonishment from the invention that by using light, enables to record the world, people, events that surround me.

AW: How was the „Ego” project developed in formal terms? Did you strive in any way to create specific shots, telling models to adopt a determined expression or pose? Or did it occur spontaneously?

JJ: Photos and film took time, specifically a few years to develop. In the beginning there were many hours of talks with individual protagonists. I tried to describe them the project and my guidelines in detail, and explain my intentions. That’s how I work on every session, but this project was special, it required very close mutual relations, understanding of the primary idea – ego as loneliness in oneself – and finally, it took more time than usual.

As regards the film, work was yet more difficult, because some things surfaced only during recording and since they happened spontaneously, they could not be repeated, recovered. In a word, work on the film consisted in creating and recording a certain intimate situation, in which I as the person that made recordings, had to monitor the effect without revealing my presence, to avoid disturbing, stay concealed, not spoil the spirit of the moment, to enable the model to stop thinking of my presence, to make her forget herself and recreate the relation with her own self. To create such a situation, much effort, conversations, rehearsals, time were necessary…

AW: Is the film that appears in the project, an attempt to search for new means of expression, test the possibilities of the new tool and its usability for visual presentations? Does the coexistence of photography and film constitute an attempt at developing new value? And did photography in this case prove to be a material sufficient to express oneself on a given topic?

JJ: I have been using the video technique for some years now, but this is actually the first project which I want to present to the public. Why am I applying precisely this medium? I think it expands the presentation options of a topic, and above all it affects the dynamics and force of transmitting. In this case, I was aware from the start that a mobile image had to appear here, that photography alone could not carry, not display what I had planned in principle. However, I do not intend to abandon photography. The picture, due to the specific feature of stopped image, cannot be simply replaced; but both domains, depending on topic, may nevertheless compelement or exclude each other. Therefore, my plans include purely photographic projects, and also others that will feature video, as in the case of this exhibition.

AW: Concluding let’s add that the first display of the „Ego” project will take place on 9th January in the BWA Municipal Gallery in Bydgoszcz, and in late March/early April the project will be presented in Canada (Montreal, Gora Gallery).